Thoughts on best SFF novel of 2017

It’s time for my annual realization that while I read many books in 2017, I read very few novels that were released in 2017.  I generally read a non-fiction book for every work of fiction I read, and my fiction reading tends to jump around the years and decades.

So, it’s time for me to nominate a novel for the 2017 Planetary Awards.  Browsing through my goodreads ratings, it looks like I only read two 2017 science fiction / fantasy books in 2017: 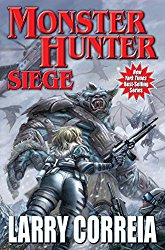 I’m a fan of everything in Larry Correia’s Monster Hunter series (which reminds me that I need to put together a series review some time), and I’ve nominated and considered nominating his stories before.  This isn’t my favorite of the Monster Hunter books, although the chapter where Pitt goes on a hunt with the head of a Russian monster-hunting outfit is one of my favorite bits of monster hunting, ever.  The massive amphibious invasion scene is a blast, and there are some scary [OK, I’m getting into spoilers here, time to stop].

Overall, this was a really fun book.  My biggest complaint is that I would have preferred a more conclusive ending.  I probably won’t nominate it as best novel, partially because I don’t like to nominate late-in-a-series books, and partially because the author has a lot of award experience.  If I remember correctly, he’s turned down a Hugo nomination, won a Dragon Award, and asked not to be nominated again in the Dragon Awards, to make room for other authors. 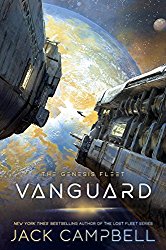 Vanguard is the start of a prequel series to Jack Campbell’s Lost Fleet series, which is one of my favorites.  While I’m on the record as anti-prequel, I read this book anyway, and enjoyed it.  I may write a review of it later, or I may wait until additional prequel novels have been released, and review them as a series.

If I had to make my nomination right now, I’d only have the above two books to choose from.  But, since the Planetary Awards nominations aren’t due until February 14th, I’ve got time to do some additional reading, including more indie authors, just like I did for the 2016 and 2015 nominations.

Here’s what I’m thinking of reading: 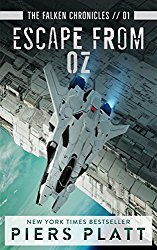 Escape from Oz by Piers Platt

I didn’t realize Piers Platt had a new series out this year.  I nominated one of his books, Rath’s Deception, as the best in 2015, so I’m definitely reading Escape from Oz. 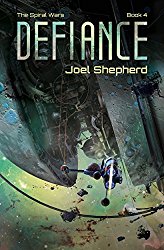 I’m also a fan of Joel Shepherd’s Spiral Wars series (again, I need to write up a series review), and didn’t realize a new book came out in 2017.  I’ll definitely be reading this. 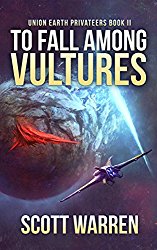 To Fall Among Vultures by Scott Warren

Another sequel I didn’t realize had come out in 2017.  I discovered the first book during my 2016 indie reading, and I’ll probably give this one a shot as I read for 2017.

Once I’ve finished the books above, I’ll move on to taking a chance on books I might not have picked up otherwise, seeing how many I can get through by February 14th.  Here are two more I’m thinking of: 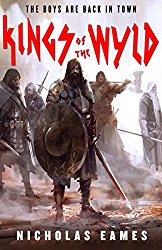 Kings of the Wyld by Nicholas Eames

Kings of the Wyld appeals to me because I’m attracted to “I’m too old for this” characters, but I’m afraid its music-industry references may be lost on me. 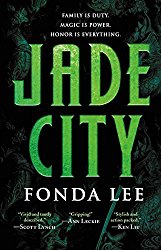 Jade City is being promoted as The Godfather meets Kung Fu Theater.  I nominated Asian-themed urban fantasies last year for both short story and novel, so it seems like I should try this one out, but something has my spidey-senses tingling.  The people pushing this novel don’t seem like the types who would enjoy either mafia or kung fu stories, so I’m afraid I’ll pick this one up and get a lecture on gender neutrality or climate change or whatever the lecture topic is this week.  I don’t want to fall for a bait-and-switch.

For no apparent reason, I’ve been wanting to read something from the “ragtag band of misfits” trope lately.  Here are some 2017 books that might work: 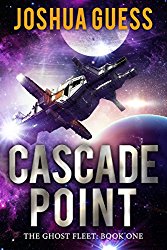 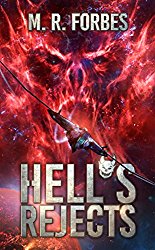 If you have an opinion on any of the books above, or want to suggest another book from 2017, please let me know in the comments section below.