Joel Shepherd’s Drysine Legacy was in the lead, until I realized that although the audiobook I listened to came out in 2016, the ebook was first released in December 2015.  The next book in the series, Kantovan Vault, came out in 2016, but I didn’t like it quite as much as Drysine Legacy.  It was still a good book, so I’ll continue reading the series as soon as the next one comes out. 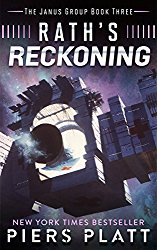 Piers Platt’s Rath’s Deception was my favorite novel of 2015, and four books in the series were released in 2016.  My favorite was Rath’s Reckoning, but I don’t think I’ll nominate it.  It relies heavily on the previous books, so if someone checked it out cold based on my nomination, they might not enjoy it. 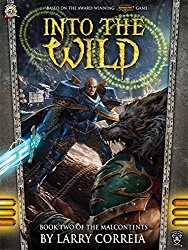 Larry Correia’s Into the Wild is the sequel to Into the Storm.  I’m a fan of the author’s Monster Hunter International series and his Grimnoir series, so when I saw these “Into” (malcontents) books coming out, I said “Aw, man.  Why is he wasting his time writing these?”  After reading the two books, I now say “Write more of this!”

A couple of wild cards in the running: 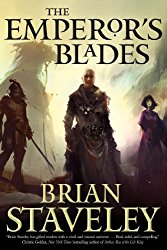 I call Brian Staveley’s The Emperor’s Blades “Grimdark Light”.  The writing style is page-turning, and I cared about the fates of the hero characters.  Most of the other characters are sociopaths, however, and I felt kind of worn down after reading about so many of them.

Here are a couple that might have been award-worthy, but I haven’t read them yet: 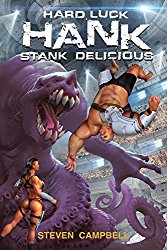 I read Steven Campbell’s Hard Luck Hank: Screw the Galaxy when I was having a tough time at work, and it gave me some much-needed laughs.  It’s a 2014 book, though, and I haven’t yet read any of the 2016 sequels, like the one pictured above.

Over the last couple of months, I put aside my non-fiction books to search out and read self-published 2016 books (and a couple of traditionally-published) that might be award-worthy.  As with my 2015 effort, I’ve had mixed results, and in a couple of days, I’ll briefly share them in another post.

Leave a comment if you have any thoughts on my options.