Happy Thanksgiving (a day late) to all my readers in the USA. My aunt and uncle drove 12 hours to visit us, and we ate the traditional huge meal. I didn’t take a photo of the huge meal, but here’s some Indian corn I grew in my garden: 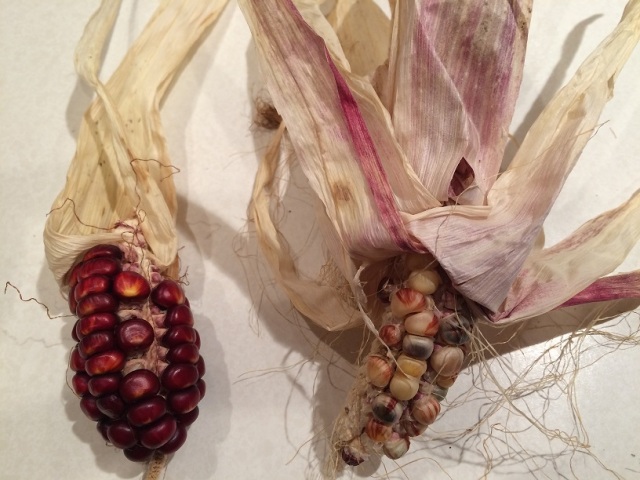 In an ear of corn, each kernel is the result of fertilization by a different pollen grain. My ears obviously didn’t get fully pollinated. I blame the squirrels who thinned out my seeds and seedlings until there was a lot of distance between plants. It’s also possible that heavy rains knocked a lot of the pollen to the ground.

Looking at my two examples, it appears that the dark red kernel color was a dominant trait held by one of my plants. The other plant had a non-dominant trait for kernel color, thus the rainbow of colors contributed by the pollinating plants.

If you are interested in gardening, but think you have a black thumb, I have a recommendation for you: peppers, either Cayenne if you want some spice for cooking, or ornamental otherwise. My pepper plants shrugged off too much water, too little water, insects, and fungi. (They finally succumbed to a few days of freezing temperatures.) They produce many peppers per plant, although the pepper plants and their fruit take longer to mature than other popular garden plants. 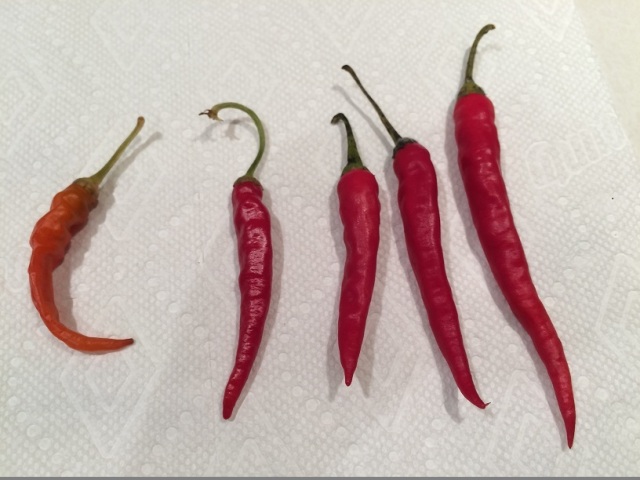 I hope you had a happy Thanksgiving, and watch out for those crazy Christmas shoppers!