Of course I won the contract to provide animals for the “Running of the Bulls” this year – my bid was well below any reasonable cost. The problem with bulls is that, like most large herbivores, their instincts tell them to run for open space, or at best to turn from threat to threat when surrounded by a pack. Predators, in contrast, pick a single target from a chaotic herd, and pursue it relentlessly until it is down. This is a trait that, thanks to the miracle of genetic engineering, my bulls now share.

The runners will try their usual tricks, hiding in alcoves and such, but my bulls run a daily training course, learning to strike pop-up targets on an exact replica of their future route. Previous runnings have resulted in a paltry handful of maulings, but through the power of science, we can do better!

It’s time for a couple of demotivators from Despair.com: 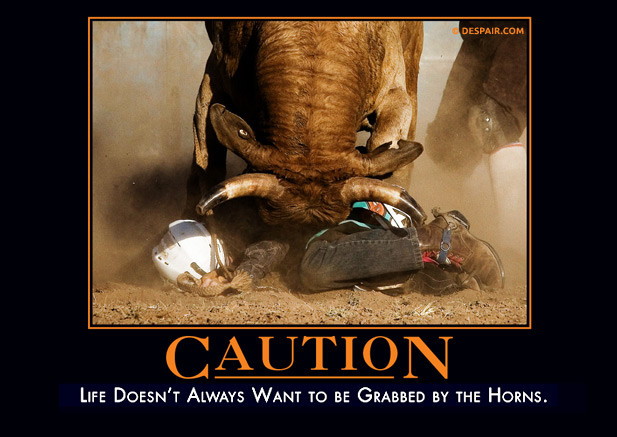